On December 15, 2017, the Donetsk hotel complex “Victoria Hotel Center” welcomed the 2d International Research Conference on “Development of the banking system in modern conditions: challenges and prospects”, that was organized by the Donetsk National University of Economics and Trade named after M.Tugan-Baranovsky in cooperation with the Central Republican Bank of the Donetsk People’s Republic, with support from the Ural State Mining University, the Crimean autonomous non-profit organization “University of Economics and Management” and the State Scientific Institution ”Economics and Law Institute” of the Academy of Sciences of Abkhazia.

The conference discussed theoretical and practical aspects of ensuring the stability of the state financial and credit system, banking regulation and supervision, the establishment of banking systems of unrecognized states, improving financial management and marketing in banks, developing payment systems and remote banking services, and the issues of banking analysis, accounting, control and taxation, as well as the experience of international cooperation and the introduction of international standards in the banking sector. 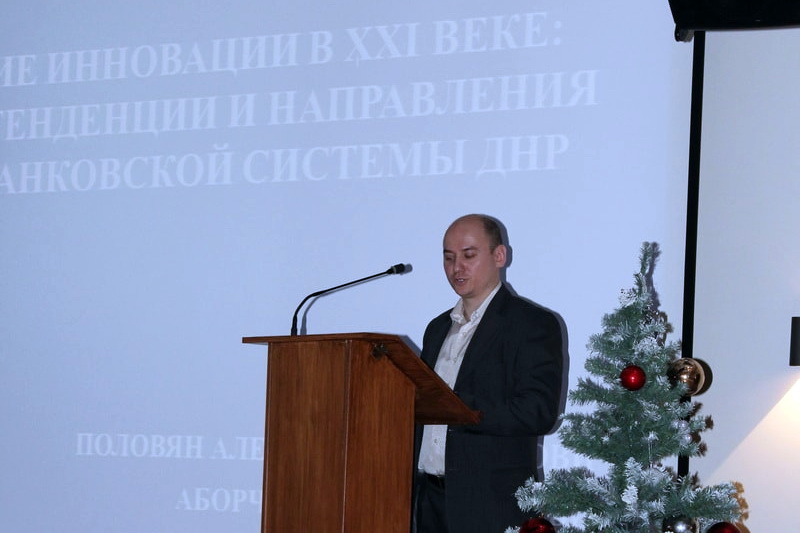 Alexey Polovyan, the doctor of economic sciences, associate professor and the director of the SI ‘Economic Research Institute’, delivered the report on “Banking innovations in the XXI century: main trends and directions for developing the banking system of the Donetsk People’s Republic” (co-authored by A.V. Aborchi, the research associate at the SI ERI).

This international scientific conference provided an opportunity to discuss the challenges of the current banking development, made it possible to generalize the results obtained in the course of scientific research, to disseminate them among participants and listeners, and to exchange invaluable experience in banking.